A community is like a ship; everyone ought to be prepared to take the helm

I have seen many movies on World War II and Holocaust movies too, and always wondered these are all the tortures that people went through and the Jews who were targeted and were mass murdered; but no one to come back from those place and tell there experience as what they were and what they went through in the concentration camps and later if they survived how they were treated!!!

“Anything, anything would be better than this agony of mind, this creeping pain that gnaws and fumbles and caresses one and never hurts quite enough”

When this movie ‘Fateless’ (directed by Lajos Koltai ) started, I didn’t know it is about the Holocaust! As it proceeded my interest grew upon this metropolitan teen who like any of us, living a carefree life with family where not much related to religion etc. All of a sudden he is separated from his family as part of the rushed and random deportation of his city’s large Jewish population. He is brought to a concentration camp where his existence becomes an adventurous yet a lesson for adaptation. He is not sure if he is the victim of his captors, or of an absurd destiny that metes out salvation and suffering arbitrarily.

“Fate is a misconseption, it’s only a cover-up for the fact you don’t have control over your own life.” 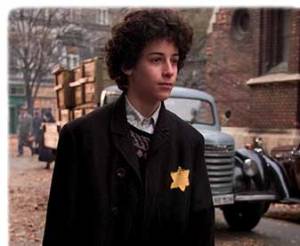 When he returns home after the liberation, he misses the sense of community he experienced in the camps, feeling alienated from both his Christian neighbors who turned a blind eye to his fate, and the Jewish family friends who avoided deportation and who now want to put the war behind them.

“Suffering, once accepted, loses its edge, for the terror of it lessens, and what remains is generally far more manageable than we had imagined.”

It was sad yet a lesson through the experience of a teen…I really liked the kind of message this movie has sent across!

“The charm of history and its enigmatic lesson consist in the fact that, from age to age, nothing changes and yet everything is completely different.” ~ Aldous Huxley

For a very little time our new Bond- Daniel Craig, when as an American soldier reaches there, he offers the teen to come to USA and study and build a better future but he chooses otherwise to be with his family, community and his country but what he gets from them really left him with a feeling of ‘hatred’

“Hatred does not cease through hatred at any time. Hatred ceases through love. This is an unalterable law.” ~ Buddha

If you have patience and a dare devil heart, (as at one scene I just couldn’t watch it and got off my seat for a walk), do watch it, you will like it.

“Suffering is the price of being alive, and it is music and singing and art that has helped me live through some of the most difficult things that have happened to me” ~ Judy Collins

18 thoughts on “A community is like a ship; everyone ought to be prepared to take the helm”