Lately, I have been analyzing things as why certain people behave in certain manner and when I ask people say it might be ‘Jealousy’.

“In jealousy there is more of self-love than love.” ~ Francois de la Rochefoucauld

I wondered…why Jealous? What is the reason behind it?

I think ‘jealous’ is the final product. The ingredients are inferiority, failure and lack of confidence in self.
A person never tries to give up any opportunity where he/she is trying hard to harm someone and yet he/she gets unsuccessful as the evilness of that jealousy is not satisfied.

“Jealousy is nothing more than a fear of abandonment”

I am not sure if you have come across people whom you can clearly see that they are jealous of other person or so. It can be anything, a friend getting jealous of her own best friend due to her popularity, her success or may be she is liked by most of the people. It can be between husband and wife; it can be between siblings too.

“The true test of character is not how much we know how to do, but how we behave when we don’t know what to do.” ~ John W. Holt Jr.

Don’t we see kids get jealous when they see there parents are kissing or hugging the little one, the elder kid will rush to the parents saying – no, give me hug and kiss…and this is a very cute behavior that we see as it’s the naïve feeling of that child.
But when a person is grown up to be called as an adult and yet the feelings are such where one can feel that this person is not comfortable as he might have lot of dreams and ambitions in life but instead of putting his/her effort in fulfilling those, they see their immediate people around them, which could be family, friends or colleagues and see that they all are happy in what they are doing…this happiness shows them as if they all are successful and this person himself is not. 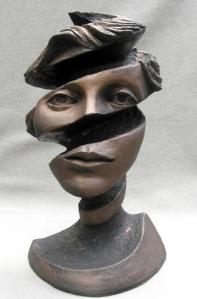 Similarly, there are other phases of people behavior which I call as hypocrite 🙂
Have you ever come across where a person will talk to you as if nothing has happened yet behind they will complain or have a deadly plan to hurt the other person?
“The hypocrite who always plays one and the same part ceases at last to be a hypocrite”

These are all the analysis but then there should be a solution to it…I think the person who is suffering should get treated but what others can do about whom these diseased people are attacking…?

Ignorance should be the first attempt, I feel but how long?

“The greatest ignorance is to reject something you know nothing about”