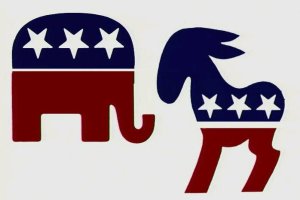 “We’ve been warned against offering the people of this nation false hope. But in the unlikely story that is America, there has never been anything false about hope.” ~Barack Obama

America creates history!!! Yes, it happened as one day it was destined to happen.
Being a Canadian citizen I didn’t vote but being on that side of the fence, election in America had always been comical.

“Vote for the man who promises least. He’ll be the least disappointing” ~ Bernard Baruch

I remember last I was happy with American Election, when Bill Clinton had his victory. After that what ever happened we all know and it came to a point where America – a powerful nation became a topic of comedy. But now, I am happy for America and for Obama. The change is here and it is for good we all hope.

“False history gets made all day, any day,

the truth of the new is never on the news.” ~Adrienne Rich

As I congratulate America and Obama, I will convey my sincere respect for McCain as what he said in tonight’s speech.
He is the man!
Congratulations again!!!! Hope begins now!!!

“Not only is another world possible, she is on her way. On a quiet day, I can hear her breathing.” ~Arundhati Roy