"You have to crawl into the wounds to discover what your fears are. Once the bleeding starts, the cleansing can begin."

RAPE a word that was shameful to even say or spell…. its getting so common everywhere in the sense from reality to the victim to newspaper to discussion and what not… so sad that it’s the women who are suffering from it and as I read about it, in my mind I try to think and wonder how and why?
I mean I feel like saying to the girl through her mind while she is being attacked – KICK ON HIS BALLS!
Yes, sorry but to get out of this one has to hurt the other person such that the person doesn’t turn back and run after her. The person should run away far from her.
Women need to be tough and be ready to fight back. I mean I know it’s easy to talk about it when I am sitting in front of a computer and writing about it.
But seriously, I have always tried to replay in my mind how it must have happened… and probably I do this because I feel for the person who went through this. When simply by accident someone’s hand slides down your body you give a look and the other person will immediately tell you – ‘sorry’ and probably the person will just walk away.
But think about a situation where its not just a touch…its much more than that and a situation where a women when protests, she gets abused in very horrific manner that she is literally fighting with life and death…and actually if we see those men who rape whether its inside the house or outside of the house – its about showing their power.
Men, who are suffering from inferior complex, think powerful psychologically if they do such an act.  I am basically coming based on some readings and some analysts who have come up with!
Many species have this kind of behavior such as mammals, birds, insects and fish and there also female has to pay the cost.
I don’t know about animals, but as far as humans are considered  – where we talk about civilization and planning our homes on the Moon etc., this is something that must be zero tolerant. When law doesn’t support then sometimes common people have to take the law in their hands.
If every women can have this in their mind registered that Men who are weak are the one who do this low level of act, probably the mental situation of women will be better and strong to kick back.
I think every women should learn how to attack and paralyze the men who attack or attempt for rape, in such a way that he should not get up from where he has fallen down.
I mean there are so many trainings and self-defense – I myself trained with Krav- Maga something in my country I cannot even think of getting it.  Because, this is something that cops and military personnel get trained with so that they can defend themselves from the person who is attacking them. Why should this be restricted to a specific category? It’s not about a country, now it’s a matter of every women and she is no longer a weaker commodity – like in olden days when people used to categorize women as “ABLA” (weaker section of gender – females mainly), in India – She is no longer weak. She is equally taking up all the challenges that men are taking already.  STOP this dual treatment and WE, as women have to compose and answer back. It’s not the time to get scared and surrender – FIGHT before they ACT. 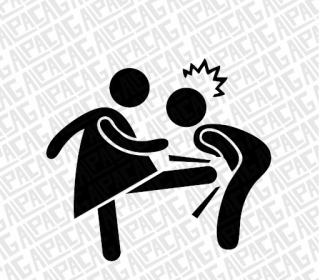 I have so much aggression and anger for what happened last year around December time and now another incident in West Bengal that I want to do so much and yet feels so helpless.
Time has come when women have to be Kali (the Goddess of Time and Change) than being a Devi (Devi embodies the active energy and power of male deities) – especially to such dreadful creatures.

2 thoughts on “"You have to crawl into the wounds to discover what your fears are. Once the bleeding starts, the cleansing can begin."”