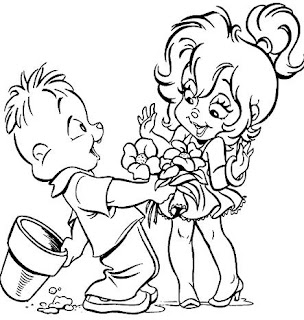 Today being weekend eve, I would like to share a very touching story of a friend who could never think of anything else besides numbers. Yes, when I say numbers it means the marks at school.
She was a bubbly, fun loving yet good in studies, sports, story writing – you name it. Such a talented and focused girl was pretty boring when it came to boys.
Everything was good about her except that she never gave attention to any boys. She has made her reputation herself.
After finishing school, she joined college and took degree and did her masters and got a good job.
By now she was a beautiful well groomed girl with a nice paying job and status in the society. Her job was of a big responsibility and hence she was sent for training to one city to other.
During her training session she meets lot of people there as colleagues and it so happened that one of them really impressed her. Her nature was good and so was her heart and when cupid worked no one knows. On the valentine’s day she got a rose from this person and there was no end to their love.
When you are in love, you don’t see how one looks or even what place he belongs to. This is so truly depicted here when she discusses this with her parents so that she can proceed with her marriage with everyone’s blessings.
Her dad who always wanted her to live on his principles didn’t accept this decision coming from there.
When she showed the picture of her love, he denied and said think this was a mistake and you will forget him. We will find a nice guy and marry you off.
The girl and the boy both were matured and were individually capable to support themselves decided to go ahead and marry.
The couple married and even before they could seek blessings of their parents the girl’s parents disowned her.
This made her very sad as lifelong she followed her dad’s instruction, when it came to her happiness how come no one even gave a chance to think?
Today she and her husband living in US with the expectation that her parents will change their mind and will accept them.
The husband doesn’t see any hope as he walks with his stick trying to catch the flight for his business trip.
I wondered who say’s love is blind or even beauty lies in the eyes of the beholder – it all resides inside one’s heart.
This couple are the living examples and I feel so proud about them.