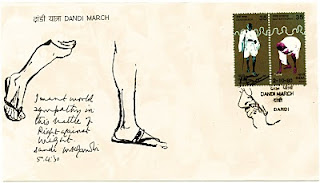 ‘Dandi March’ which our Father of Nation MK Gandhi initiated for ‘Salt Satyagraha’ – an important part of Indian independence movement that was taught to us in History took place around 1930. Recently I read an article where in some NRI’s are initiating this ‘Dandi March II’ on March 12th from MLK’s memorial park in San Diego through LA and it will end on March 26th at Gandhi Statue in San Francisco. I also hear that this date coincides with the dates when actually MK Gandhi did this in 1930. This is against the corruption in India.
When I read this article, I remembered my days when I was working with Marico Industries – a food manufacturing company where I alone participated against corruption only to bring hope within my team that if we decide ‘We Can’ then we will definitely be successful in eradicating corruption from our system, it’s up to us .
I had completed my education in Employee Relations and Labor Laws & Labor Welfare where along the way while fulfilling my duties towards the company I used to also help the workers know about their rights. 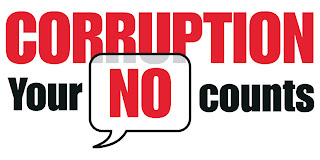 Every year we have to get the factory records signed by the Labor Welfare Officer who will check if we are maintaining the law and order for the factory requirements as per the State Act – this is a special and empowered rights to the state of Maharashtra workers.
After joining the company this was my first off-site job where I had to take all the files and registers to the government office to get their approval signature which allows us to be a true citizen in the field of Factory law and also proving justice towards our employees/workers. I was asked by my Factory manager to meet the Finance manager before leaving to meet the Labor Welfare Officer.
I had made sure we have all reasons under the law for things to have and not to have. I was very confident that my report and register will be signed and hence we don’t have to bribe anyone, as my Finance manager asked me to get cash from the accountant for my visit. I took an envelope that was handed over to me saying this is Rs. 5000.
I went to the government office in my Company car to meet the official and get the signature approval. I had to wait even though I was in there on time. The peon kept telling me, ‘our sir will go home and I kept telling him he can’t go without meeting me as I have taken an appointment.
He said by using his hand for money, ‘If you would want me to place your file ahead let me know’!
I hated that gesture and keeping my cool, I said, ‘I will give it straight to him so if he wants he will share it with you.’
My turn came and I went to the office and introduced myself to him and handed over the register for him to look through. The government official started looking through the register and he started asking about some Mr. Joshi who used to come with these files. I said he was an acting HR during that time though his role is to be a QA manager and now I am permanently placed at this position so you will have to deal with me and not Mr. Joshi.
He didn’t like that.
He looked through the documents and he said you guys do not have a CRESH for women and I see you have some 450 women employees as laborers. I said if you look through the list of names – we only have 22 permanent women employees for which we do not have to provide CRESH facility inside the factory and the rest of them are contract labors and medically certified that they are not able to produce any kids due to age and/or other medical operations that individuals have adopted with.
He had nothing to point out and hence he signed the documents and I thanked him.
Next day I reported first thing in the morning to my Finance department and made sure accountant adds back the Rs 5000 in the company account.
Our morning coffee conversation was – What happened that the money is submitted back into company accounts? All I gave them was a big smile!!!

This was a proud moment for me as I changed the history in the Marico Industry at Pune, where everyone advised me to give bribe as there is no other way to get away with it. We will be in serious trouble and I kept telling them it’s we who promote such things and hence this will never end from our system. To get this bacteria out of our system we have to take that initiative and that too without fear of any consequences.
I did it! You can too!!!
I support the cause of eradicating corruption from our system do you and how are you doing it?